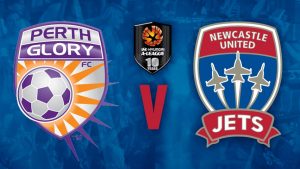 If you are unable to travel to the game, please join us at our official away venue – Sydney Junction Hotel (SJ’s) at Hamilton and watch the game LIVE.
SJ’s is our venue for all away Newcastle Jets fixtures.
The game will be shown in the courtyard due to event taking place in main bar area. All ages are welcome (u18’s must be accompanied by an adult). Supporters will be able to purchase $5 house beers, wine and spirits and $10 meals are available from the bistro.

Starting line-ups from Last Meeting in Season 11 Round 6