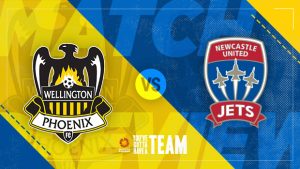 Away Supporters
Tickets: Ticketek Link
Purchase your tickets in Bay 36 to sit with fellow away supporters

Not Travelling?
Join fellow Jets supporters from 3pm at our venue – The Premier Hotel – to watch the away game LIVE. All supporters are welcome – u18’s will need to be accompanied by a supervising adult.
If you sign up to become a Premier Hotel member for $10, you receive $10 in credit on your card. Ask for a membership form at the bar. A Premier Hotel membership gets you a 5% discount on food & drink not only at Premier but also at Junction Hotel & Sunnyside Tavern. You can purchase members only schooner cards – 10 schooners of local tap beers $55 or 10 schooners of craft tap beers $65.

Key Stats from Previous Round (Courtesty of A-Leauge.com.au)