After the opening question the guys discuss the prematch entertainment organised by the Jets sponsor Inspirations Paint before delving into the game itself, with an overview of the performance, stats and tactics, the players who shone and a few who struggled, some key points in the match as well as the injuries suffered by three of our players and the players who replaced them. We then wrapped up by going over some of the news that broke after we recorded the preview podcast last week.

Stay tuned after the outro music as we have bonus content!!! Dr Emma (@Synapse101) interviews Jets supporter Anthony after the match at MJ STadium to get some immediate postmatch thoughts on the performance and players. We also have the audio of the post match press conference with Jets Coach Mark Jones, thanks to Fox Sports.

END_OF_DOCUMENT_TOKEN_TO_BE_REPLACED 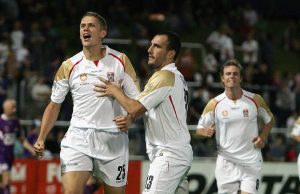 They cover off a wide range of topics while discussing Vaughan’s time at the Jets: joining the Jets on loan and his first season, his debut goal, returning the second season with a vastly different squad, difference in coaching philosophies of the various managers during his time, his struggle for game time against Joel Griffiths and Milton Rodriguez, and then moving on from the Jets to join the new franchise in Wellington.

END_OF_DOCUMENT_TOKEN_TO_BE_REPLACED 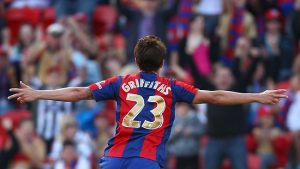 They cover off a wide range of topics while discussing Ryan’s time in Newcastle, his love for the town and the club, his memories of playing in some great games, various challenges that affected the club and how it affects the players, issues with club administration, differences between Branko Culina and Gary Van Egmond, playing with Emile Heskey, thoughts on impending Chinese ownership and other talking points.