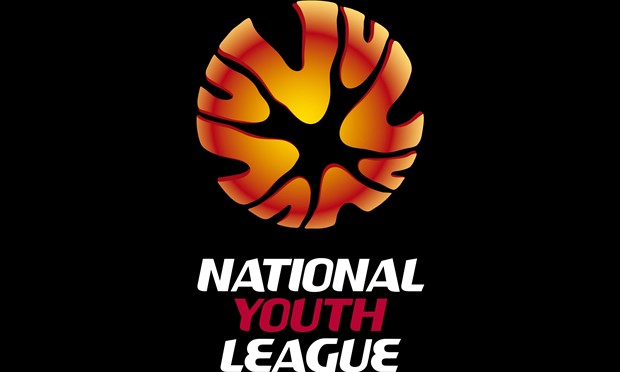 The Newcastle Jets Youth equalled their best ever finish in the Foxtel National Youth League, with a second-placed finish in Conference B of the revamped competition.

The Junior Jets were pipped to the post for a Grand Final spot on the final afternoon of the regular season by Sydney FC Youth – who were defeated twice by the Jets. Newcastle were the only team to take any points from the eventual national champions. Here, we take a look back at how Clayton Zane’s side fared throughout the course of the season from start to finish:

The opening weekend of the season saw the Jets hit the ground running against a shell-shocked Western Sydney Wanderers side who were put under immense pressure in the opening exchanges. The pressure eventually told, as Nick Cowburn put the home side ahead with a seventh-minute free kick. Eventually, the Wanderers got a foothold and turned the match on its head by scoring twice to go into the break with the lead.

Brandon Lundy was the hero of the second half, scoring a scorching equaliser from an acute angle, before the Jets fell behind again. With second half stoppage time ticking away, centre-back Tom Whiteside was thrown forward and the move paid dividends, with the big defender setting up Lundy to finish from close range in the 93rd minute to rescue a point.

The Jets set off for Canberra on the longest road trip of the season, without Lundy and captain Andrew Pawiak, who were named on the A-League bench for the F3 derby on the same afternoon the Junior Jets travelled to the capital.

At half time, it appeared the duo were not required anyhow as the side went to the sheds 2-0 up thanks to an early goal from Kristian Brymora and a goal just before the break by Braedyn Crowley.

Unfortunately for Newcastle, it all went pear shaped as they found themselves 3-2 down just 15 minutes after the restart. There was to be late drama when Crowley levelled it up at 3-3 in the 93rd minute for the second week running, only to see the points snatched away with a 96th minute penalty to the CoE after a harsh handball call on Whiteside.

For the third match in a row, Newcastle’s attack was firing on all cylinders with another three goals. This time, the defence was on-song, as the Jets collected their first clean sheet of the season and their first victory.

Once again, the Jets drew first blood early as Pawiak brought down a poor keeper clearance. With cries of ‘shoot’ in the air, he elected instead to thread Mitch Cooper into a better position to fire home.

Lundy and Josh Barresi added two quick goals midway through the second half to finish the Mariners off to round out a convincing win.

Newcastle travelled to Leichhardt to take on the undefeated Sydney FC Youth. Although only halfway through the competition, a win here for the Sky Blues in this six-pointer may well have already sealed the Conference B title. The task was made all the more difficult with the leaders naming a very strong line-up featuring Olyroo Brandon O’Neill and other first-team players Robert Stambolziev, Aaron Calver, Chris Naumoff and Alex Mullen.

Despite going behind to a Naumoff goal early on, Lundy restored parity with a quarter of an hour played, bravely sliding in at the far post to tap home, which saw several players end up in the net. Cody Carroll netted just before half time to take an unlikely lead to the break.

Sydney FC threw everything at the Jets and despite having them under siege in the second half, Newcastle defended heroically and held strong to pull off an upset which blew the title race wide open. Zane went on to say the performance was the best he had been involved in as youth coach.

With Sydney FC in their sights, the Jets needed to collect another three points against the FFA Centre of Excellence and avenge their late defeat in Canberra – and they did just that. A 15th minute Brymora goal proved to be the difference on the day.

Despite the CoE fielding a strong side with players who have since been snapped up by A-League clubs and having the vast majority of possession on the day, the Jets never really looked under threat and could have hit four or five, had it not been for the woodwork and some outstanding goalkeeping.

With the Wanderers already out of the title race, the best they could do on the day was to dent the Jets’ title hopes, which they did.

Missing Lundy and Cooper for this one, Zane fielded a young forward line and young winger Finn Parris re-paid the coach’s faith by opening the scoring in the sixth-minute. Despite the frantic pace of the game, just one goal was scored in the first half.

The comeback was complete for the Wanderers on the hour mark, with two quick goals putting the home side ahead.

The match continued to go end to end with both sides creating chances, but the Red-and-Black weathered the storm to send the Jets home empty handed and put their title hopes on life support.

This match was do-or-die for the Jets, as anything less than a win would effectively hand the Conference B title to Sydney FC.

Andy Brennan’s fourth-minute goal got the vocal home crowd on board as the 12th man. Just as the Sky Blues were pressing hard for an equaliser in the second half, they were reduced to 10 men as they had a player dismissed for two yellow cards, his second for simulation as he tried winning a penalty under the referee’s nose.

The result meant the Jets had to win the F3 derby the next week and hope that the CoE could spring the upset of the season by beating Sydney FC away from home.

The Jets entered their second do-or-die clash in six days as they travelled down the freeway to take on the Mariners. Parris opened the scoring with yet another early goal, before conceding twice before the half hour. Just four minutes later, the title hopefuls were ahead with two goals to Barresi in the space of 30 seconds. The Jets went to break 3-2 ahead and hung onto that scoreline in the second half to temporarily top the conference and pile all the pressure onto Sydney FC the following afternoon.

The Jets came within a whisker of the grand final when the CoE made it 2-2 in Sydney with 12 minutes left and pressed hard for the goal that would see the Jets qualify for the showpiece. With the CoE committing numbers forward to try and end their season on a high, a counter attack in the 86th minute saw the Sky Blues extinguish the Jets’ season. Sydney FC went onto defeat Adelaide United 5-2 in the title decider the following week.

When asked about his standout players through the course of the season, coach Zane noted midfielder Pawiak, winger Parris and number 10 Carroll as his picks. Pawiak ably led his team around the park from the engine room and was a figure of consistency, while Parris and Carroll emerged as starting 11 players after not featuring at all in the early parts of the campaign.

Other honourable mentions must go to keeper Blake Tuxford and defenders Themba Muata-Marlow and Whiteside for their rock solid defence after conceding seven goals in the first two matches.

The team’s success was not just built on having a solid defence, but the ability to score early goals and put the opposition under pressure. The Jets scored an early goal in every match, with the latest of their openers coming in the 16th minute of the game in Sydney.

Balance was another key factor in earning positive results. With the defence and engine room complimenting each other quite well, Barresi added extra physicality, ball winning ability and forward drive after being re-incarnated as a defensive midfielder and linking up well with Carroll and the frontline and was outstanding in the latter stages of the season.

The season proved to be a commendable effort with regular players occasionally missing due to A-League commitments and losing key players Antonee Burke and Tom Waller early in the season due to injury, who will return to strengthen the side this winter in the NPL.

Despite final day disappointment, Clayton Zane and his team have much to be proud of and can take many positives into the upcoming NPL season. With a reasonably young and at times, inexperienced side, they defied the odds and almost went all the way.