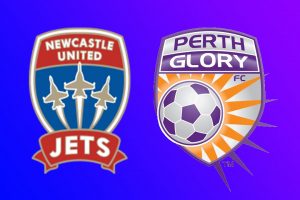 Welcome to the postmatch edition of our podcast – The Jetstream Extra.  In this bumper Season 11 Round 16 edition, David (@JeterPool) first interviews Jets players Ben Kantarovski and Labinot Haliti before the game. This is then followed by the audio of the post-match press conference with @ScottGMiller after the @NewcastleJetsFC were demolished at home by Perth Glory. We then hear from Emma (@Synapse101) who interviews Perth supporter Declan during the halftime break, and after fulltime she interviews Jets supporters Mel and Dave to get their thoughts on what they just witnessed. We hear from Dave again to finish of this episode as he interviews two more Perth supporters James and Alex after the match. So they were understandably happy – unlike 99% of the other people in the stadium. END_OF_DOCUMENT_TOKEN_TO_BE_REPLACED

Starting line-ups from Last Meeting in Season 10 Round 24

In the immediate aftermath of going out of the 2015 FFA Cup competition on penalties to Perth Glory, we sat down in the Sydney Junction Hotel to dissect the overall team and individual player performances, tactics and coaching, as well as the news and recent turmoil surrounding both clubs. We thank Matt for joining us and giving us the Perth perspective, and we hope you enjoy his contributions for this episode.