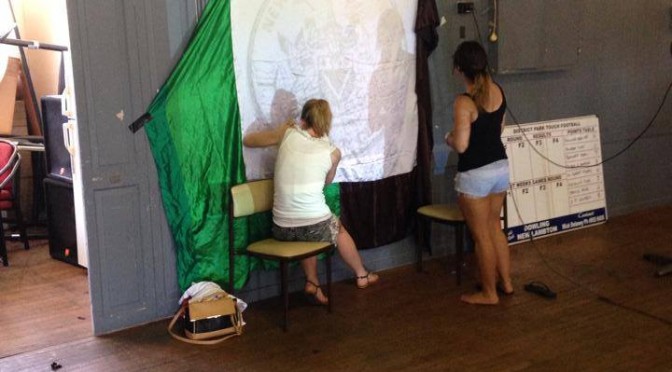 Despite the best efforts of the FFA, The Squadron will continue to provide support in the form of tifo displays for the 2014/15 season.As part of getting things ready for the season, we are having a tifo day to start work on some displays for the upcoming season. This being the case we are inviting any and all to an open tifo day this Sunday the 27th of July.

This is an opportunity for those who have always wondered how things get done, who does them, and how you can help to step forward and lend a hand, or bring your own ideas to the group and we can help to make them happen too.Activities on the Day:– Sewing and preparing fabric for tifos– Repairing flags and banners we have already made– Continued work on tifos already being worked on.The Open Tifo Day will be held at the Tenzo (Newcastle and Districts Tennis Club) and will start at around 11am, and is open to anyone wanting to help out!See you there