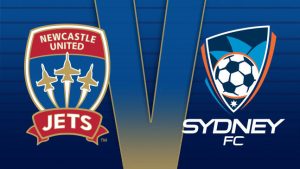 Join The Squadron at our new venue The Premier Hotel for prematch drinks. All supporters are welcome – u18’s will need to be accompanied by a supervising adult.
If you sign up to become a Premier Hotel member for $10, you receive $10 in credit on your card. Ask for a membership form at the bar. A Premier Hotel membership gets you a 5% discount on food & drink not only at Premier but also at Junction Hotel & Sunnyside Tavern. You can purchase members only schooner cards – 10 schooners of local tap beers $55 or 10 schooners of craft tap beers $65. We will depart from the Premier 40 mins prior to kickoff.

The Squadron FSC has been liaising with the club after some issues were experienced with regards to ticketing for the new active area on the Southern Hill in Round 1.

There was some confusion about ticketing requirements to be able to access the active support area, unfortunately it wasn’t properly communicated that an unreserved General Admission ticket or membership wasn’t suitable (unlike the trial at the end of last season).

As the new Squadron bay now has a specific capacity, only a Squadron ticket or membership (which is a reserved GA ticket) will gain access to the active support area.
There are a number of ways to participate in active support for the 2016/17 season.

You can pre-purchase an adult Squadron ticket by visiting this link http://www.ticketmaster.com.au/Newcastle-Jets-FC-tickets/artist/1055546?tm_link=tm_homeA_b_10004_4 and select the fixture you wish to purchase tickets for. Click “South General Admission” to bring up Southern Hill categories. Select “Home Active Support Area” to purchase a Squadron ticket.
If purchasing via the Ticketmaster mobile app select “Newcastle Jets Supporter Area”
Unfortunately Junior and Concession Squadron tickets can only be purchased at the stadium.

If you experience any issues with regards to ticketing or entry into the Squadron bay, please let us know either during the game or send us an email squadronfsc@gmail.com so we can raise it with the Jets.