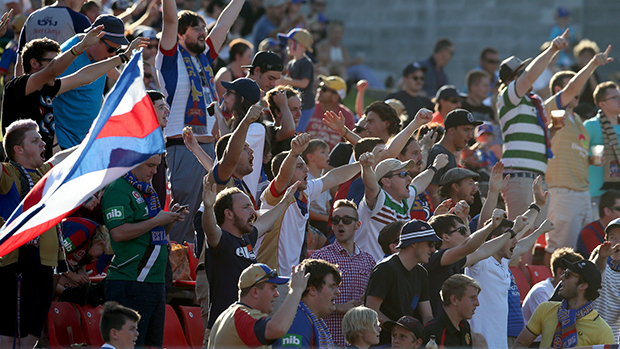 The Squadron FSC Inc advise, effective immediately we are ceasing involvement with active support. The FFA’s mandated restrictions & conditions applied to all active groups in the A-League have had a devastating impact on the levels of active support growth at Jets fixtures.

These restrictions included:
• Zero free movement allowed into and out of active support areas
• Dedicated active support area with defined entry/exit points that were manned at all times by security personnel
• Excessive police & security scrutiny & strategies on the active support area over many seasons. We always aimed to work co-operatively & proactively, the response was consistently adversarial and aggressive
• Restricting of active support single game ticket online sales to individual adult tickets only and requirements of capturing private information, making online or ticket window purchases slow and complicated

We have persevered to make things work within the rules for years, moved locations twice to try to rebuild numbers and have worked with the club on different initiatives. It is clear that the FFA restrictions are insurmountable in keeping officially sanctioned active support alive in Newcastle.

The growth of the NCL group since January in Bay 1 (a General Admission area with no entry restrictions) we believe showed that if the restrictions could be lifted on the Southern Hill, then active support might be able to recover. We were informed that being the “official active support group” meant we had to abide by the FFA mandated conditions or lose status and active support privileges. It’s hoped that by standing aside as an official active support group, an organic growth of unaffiliated groups such as the NCL can continue so that matchday atmosphere is what we had always envisaged – loud and parochial.

As a consequence of ending our involvement in active support, The Squadron will refocus its efforts as a supporters club. This means we will still aim be involved in non-matchday activities:

In the off season, The Squadron will hold an AGM to elect the committee and plan for next seasons non-matchday activities. If you’d like to be involved or have your opinions heard please come along.

We were able to accomplish a great deal in 12 seasons:

Lastly, we would like to thank everyone who ever joined in The Squadron, helped out making and deploying tifo, came up with a chant, jumped on the mega, helped out with drumming, waved a flag, served on the committee or simply joined in the chants and songs. Sincerely, thank you. We also thank all those at the club who helped us over the years.

From the glory days in the first four seasons to the rebuilding attempts in the later seasons – it was a hell of a ride.

3 thoughts on “STATEMENT: The Squadron Withdrawing From Active Support”