If you are enjoying the content and can help us to spread the word, please share the episodes on your social media platforms. We are really targeting this season to increase our listenership and word of mouth among supporters is the best way to help that along. 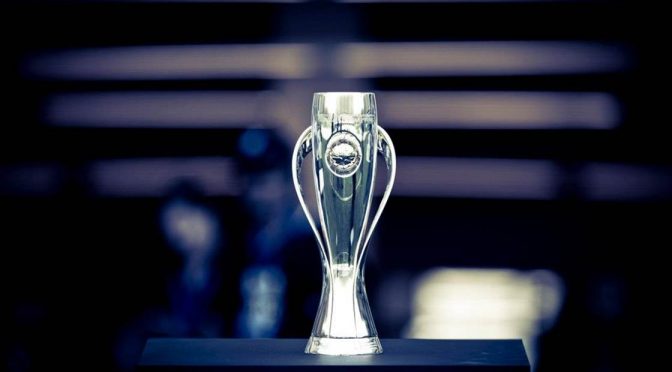 In a COVID-19 re-jigged set of fixtures, January 2nd will see the Newcastle Jets get their W-league 2020-21 season underway against the Western Sydney Wanderers.

It’s the first full season in charge for Ash Wilson, after taking over as Interim Head Coach in the middle of last season, after 5 years as Assistant Coach to Craig Deans. Coming off a (third) wooden spoon performance, the only way is up for the Jets Women. 2021 will be a real test for Wilsons team, in the face of COVID-19 travel restrictions (and likely financial ones too) the squad is built on Aussies and youth. The good news is that most teams in the W-league are in the same boat regarding international visa players, so these challenges might actually be the great leveller for the W-league, which is traditionally rather polarised.

The opening match will see former Jets Teigan Collister and Libby Copus-Brown in opposition. Collister is now playing for the Wanderers after playing her two first seasons with the Jets, and Copus-Brown moving on after many years and 38 appearances with the club. We also enter this season without mid-fielder Clare Wheeler, who has moved to Sydney FC after 7 years with the Jets. Nicky Flannery has returned to her hometown Canberra United after just one season with the Jets, where the forward scored one goal in 10 appearances.

Canberra and Wanderers have picked up some Jets, but the Jets have also picked up some former Canberra and WSW women. Taren King, Tiana Jaber, Chloe O’Brien and Sunny Franco join the Jets in mid/defensive postions. King should be gunning for a starting position as a defensive-mid, having formerly played for Canberra United, and in 2020 led the Sydney Uni Women’s team to an NSW NPLW Championship. Jaber joins from the Wanderers, where the 20-year old had so far just made one substitute appearance.

Franco and O’Brien have not played in the W-league since 2018, when they both left the Wanderers, but both have been playing with fellow Jet Tara Andrews with Manly United FC, who finished 3rd on the NSW NPLW ladder in 2020. Former Wanderer (2014) and Futsal legend Rhianna “Mini” Pollicina also joins the mids along with Alisha Bass, who appeared for the Wanderers in 2013, before heading to the USA to play college soccer for the Wyoming Cowgirls.

New recruit Sophie Harding will be one to watch this season. The 21-year old is making a step up from the North-West Sydney Koalas in NSW NPLW, where she was a runner up for the golden boot in 2020. Evelyn Chronis  and Jemma House are also making the step from the NSW NPLW into the Jets attacking pack this year.

There is a stable core to the Jets women this season. Gema Simon and Cassidy Davis will co-captain the team, bringing the experience of have over 200 games of W-league experience between them, plus Simons international and Matildas experience.  Both are fan-favourites and hard-working players.

Clare Coelho is likely to retain the starting keepers spot, backed up by Nicole Simonsen. Tessa Tamplin (who played every game last season, and was only subbed off once) will likely be the key to the defensive line up, along with returning defenders Hannah Brewer, Sophie Nenadovic, and Annabelle Martin. The roster seems its lightest in defensive line, so hopefully the girls can stay injury free. Daniel Hanney, W-league correspondent for Beyond90.com.au and Newy Jets fan believes that the defensive structure and hitting on the counter will be a strength.

Pana Petratos returns to the mids after playing all games last season, 3 as starts. Novocastrians love the Petratos family and Pana is no exception. She has played a strong role as a substitute, and we likely to see more field time for her this year.

Tara Andrews will the be key leader of the forward line, with the Novocastrian is the most experienced of the group (and was NSW NPLW Golden Boot winner in 2020), supported by Lauren Allan in her second season in the Dubs. Their experience will likely be the key to getting the most out of Harding, Chronis and House who join with only NPLW and USA college system experience. Daniel Hanney says this combination will have lots of pace.

Claire and Amanda from the W-Jets Active support group sat in their second season as an organised support their mission remains “to make the game day experience as for as possible for the fans and our team”. This season they have solidified the active groups presences with a new logo, which of course called for a new banner and t-shirts. “Emphasising the W in that logo was really important to us, especially as we lead up to for the Womens World Cup on home soil” Amanda said. The Facebook group for the W-Jets Active (bit.ly/W-JetsActive) is also an active space -focused on building a strong supporter focused community.

Crowds have grown for the Jets Women in the recent years, and the active support are loud and proud. The smaller stadium at No. 2 Sports ground for home games was well received last season, and hopefully the vibes can continue in a COVID-safe way in 2021. “Our commitment as an active group means we will be at all home games, and as many home games as humanly possible” says Claire.

The enthusiasm from the active support is clear, they just can’t wait for the season to start.

While the lack of internationals is a set-back, it also means no “stars” are being parachuted into the squad at the last second. The squad has had time to bond and gel, and despite the number of players debuting with the squad into the W-league this year, we also have a solid backbone of return players. If Wilson can capitalize on the mix of this chemistry, and the newbie enthusiasm, we could expect to do better than last season, not that improving on the wooden spoon is hard. But, there’s every chance this squad can give us something to smile about in an unusual season.

Hype-girl, an active supporter, (after declaring her obvious bias) said they think the Jets might be a bit of a dark horse this year. With a new coach, talented young players (including many who have featured for the young Matildas), there is a real excitement to see some young talent emerge and young players from local clubs getting their chances – this is the core of the Novocastrian spirit, we don’t need to win the league to see the wins we can get in the league, be it debut goals, strong new combinations or actual matches won.

Claire and Amanda say they are really optimistic for the season “we have a really strong line up, and experienced women in Ash at the helm, and our W-Jets have always punched above.”

After a week off, the Jets are out to continue their recent undefeated run when they travel to Hindmarsh to play Adelaide United. It was a tough Round 22 for Adelaide, going down 5-1 at home to Western Unite last weekend, so expect they will be fired up to atone their poor performance. Here’s all the info and stats from @jeterpool to get you ready for the Round 23 A-League clash.

If you are enjoying the content and can help us to spread the word, please share the episodes on your social media platforms. We are really targeting this season to increase our listenership and word of mouth among supporters is the best way to help that along.