Round 1 is in the bag and we thought it would be a great idea to record this edition at Four Kings in Wellington after a rare away win and two late nights of alcohol. What could go wrong?

Furns (@newyboys) is joined by Michael (@BodyNovo), Mitchy (@mitchy_novo) and Waspy with special guest Patrick (@patrick478) from the Yellow Fever to go over the action from the Jets win in Wellington. We also have Tamara, Lisa, Shaylee and Craig contributing quietly & occasionally in the background. We discuss what happened in the game against the Phoenix, the players, coach, tactics and referee performances. After a bit of trivia, we go through your correspondence and preview the upcoming game against Sydney FC this week.

Please leave us a review on iTunes if you like our podcast. If you havent already, please subscribe to our podcast feed via the links listed below.

**We have moved our podcast from jellycast.com to our website newcastlefootball.net Redirections are in place for the RSS feeds but please doublecheck to make sure your podcast software has updated to the new feed address.** 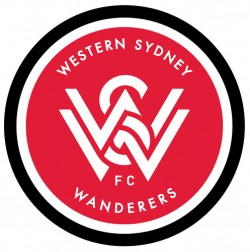