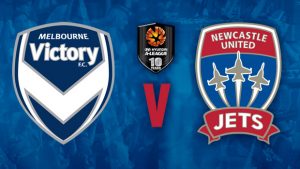 Away Supporters
Tickets: Ticketek Link
Purchase your tickets in Bay 11 to sit with the away supporters
Prematch: Beer DeLuxe, Federation Square, Melbourne from 2pm
u18’s welcome when accompanied by a supervising adult

Not Travelling?
Join fellow Jets supporters from 4pm at our new venue The Premier Hotel to watch the away game LIVE. All supporters are welcome – u18’s will need to be accompanied by a supervising adult.
If you sign up to become a Premier Hotel member for $10, you receive $10 in credit on your card. Ask for a membership form at the bar. A Premier Hotel membership gets you a 5% discount on food & drink not only at Premier but also at Junction Hotel & Sunnyside Tavern. You can purchase members only schooner cards – 10 schooners of local tap beers $55 or 10 schooners of craft tap beers $65.

After the opening question, the lads discuss the upcoming Jets fixture against the Victory at Magic Park on Wednesday 3rd August, the lack of match practice in the lead up to the game, what the club could do to improve this situation, Scott Miller’s comments in the lead up to the game, our squad situation and what players they are looking forward to watching on Wednesday.

There is also an interview that David conducted with Jason from the Melbourne Victory supporters podcast For Vucks Sake (@ForVucksSake). David and Jason discuss the Victory side of the upcoming match, recent performances against Newcastle, preseason performances in the ICC and player turnover.

END_OF_DOCUMENT_TOKEN_TO_BE_REPLACED 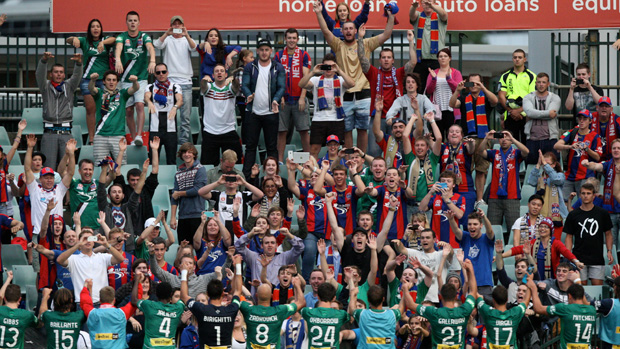 We are calling on all supporters to join together for an interstate away trip to AAMI Park on Saturday 26th November 2016 when the Newcastle United Jets face Melbourne Victory.

We recently asked for feedback from supporters as to which game people would be interested to travel interstate to watch a game along with as many other Jets supporters as possible. The overwhelming favourite was the Round 8 clash down in Melbourne against the Victory.

To this end, we are now calling on all supporters to make the trip down to Victoria for this fixture in a show of support for the boys on the park, and enjoy some away trip fun with fellow Jets fans. Away trips are a great way to meet fellow passionate Jets supporters, and also enjoy the travel and gameday experience that is so ingrained into the football culture all over the world. And it doesnt matter if you are single or married, male or female, on your own or bringing your family – all are welcome.

The game being played on a Saturday is ideal for families and those working Mon – Fri as you will be able to travel either Friday night or Saturday morning to the game, and then return home on Sunday. We wish to advise supporters of the following suggestions when looking to join this trip.

FLIGHTS: Jetstar currently has $55 (each way) seats NEW-MEL on sale until 2nd August, so we advise you to purchase your flights now to avoid missing out.

PREMATCH: We will be attending Beer DeLuxe in Federation Square for our prematch venue from 2pm. They have a great selection of beer and spirits, the food is top notch, and u18’s are able to attend the venue (must be accompanied by adult). For more details go to http://beerdeluxe.com.au/beerdeluxe-fed-square/

ACCOMMODATION: There are a wide range of options to suit your budget. Places we recommend are:
Greenhouse Backpackers
http://www.greenhousebackpacker.com.au/ dorm rooms starting at $33 per person per night
Citiclub Hotel
www.cqmelbourne.com.au rooms starting at $147 per night
There are also two Ibis hotels in the CBD which are good cheap accommodation if you just need a bed and a basic room
Check www.accorhotels.com for locations and pricing

TRANSPORT: We advise purchasing a Skybus ticket which will cover airport transfers from Tullamarine to Southern Cross Station in CBD, then includes transfer to hotel. Go to https://www.skybus.com.au/ for fares and online purchase.
Once in the CBD, you can hop on the free City Circle Trams without having to purchase a myki card (Vic version of Opal card). Go to https://ptv.vic.gov.au/route/view/1112 for the route details.

This should be a fantastic trip, and the more people that come along the better experience the group will have so if you can make the trip, please join us in Melbourne in November!!!!

on behalf of The Squadron FSC Committee