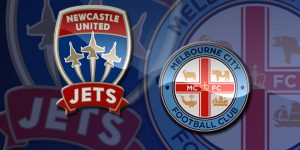 Starting line-ups from Last Meeting in Season 10 Round 19

Its season 11 of the Hyundai A-League and The Jetstream Podcast returns for the new season. Furns (@newyboys) is joined by Michael (@BodyNovo) and David (@Jeterpool) to preview the opening round and the season ahead. We discuss the ongoing ownership rumours, preview the game against Wellington as well as predictions for the other games of the opening round, and our thoughts and predictions for the season ahead.

**We have moved our podcast from jellycast.com to our website newcastlefootball.net Redirections are in place for the RSS feeds but please doublecheck to make sure your podcast software has updated to the new feed address.**

Please leave us a review on iTunes if you like our podcast. If you havent already, please subscribe to our podcast feed via the links listed below.