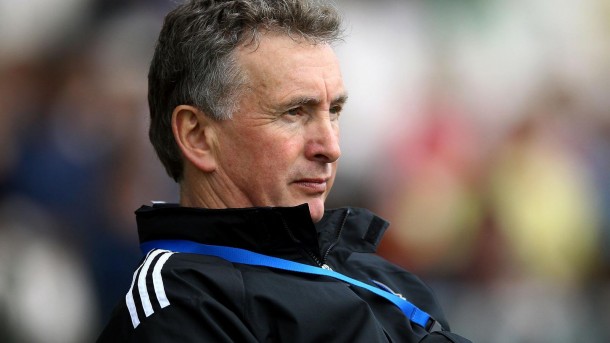 Today the Newcastle Jets announced the appointment of Ernie Merrick as the first team coach for the next two seasons. When he takes his place on the dugout in front of Bay 56 and 57 next season, he will become the 11th manager to fill that seat for the Jets in the A-League. Having lead Melbourne Victory to Grand Final wins and teams to the finals series on 5 separate occasions, Jets fans will entrust Merrick with the daunting task of achieving something the 6 previous incumbents failed to do over the 7 preceding seasons – return the Jets to the finals series.

“So where does Ernie start?” I hear you ask.

First of all, he needs to finalise the team’s recruitment. The club have 10 players off contract from the previous season, but with 17 players already signed for next season he has just 6 spots to fill in his roster. When considering Merrick’s teams of the past, they have been dominated, and reliant upon, a creative central player. Having found success with the likes of Fred, Carlos Hernandez and Roly Bonvevacia in his team, it could be expected this is an area Merrick will target. Last season the Jets filled that position at various times with Nordstrand, Brown, Leilei and Clut, all of whom had limited success or in the case of Leilei and Nordstrand will not be returning next year. With O’Donovan’s signing intent on bringing goals to the side, his success will be strongly linked on the ability for Merrick to harness a creative midfielder to provide him the right level of service.

Merrick will also need to bring confidence to a leaky defensive unit that set an unwelcome record by conceding 19 unanswered goals to end the season. The Jets defence over the last 3 seasons (2014/15 – 2016/17) has had more holes than a colander, conceding a total of 156 goals in 84 competitive matches and keeping just 9 clean sheets in the process. To put that in some perspective, the Jets kept 8 clean sheets in the 27 games of the 2013/14 season. The current squad currently have a number of players signed in that area, namely Boogaard, Hoffman, Jackson, Cowburn, Vujica, Koutroumbis and Alessi being joined by Joe Marston Medalist Daniel Georgievski, so Merrick must decide whether he wants to use any free spots on the back end of the pitch.

Finally, Ernie needs to get the team winning again. Well derrrr, I hear you all say – but it something easier said than done for a team who have won just 16 games in their last 84 (19%). With the speed at which the club moved in replacing Mark Jones, it will allow Merrick time to formulate a pre-season program while the squad are on annual leave. There will be no better place to start the turnaround than the Round 32 FFA Cup clash in late July or early August where he can become the first Jets coach to take the team past the first hurdle in the competition. The team are currently on the heaviest losing streak in their history and are just 36 minutes away from surpassing their all-time record of 566 minutes in the A-League without a goal.

One potential un-tapped resource for Merrick is the State League and Jets Youth setups. Having promoted a number of young players and giving them game time during his time at Victory and Phoenix, his appointment will hopefully boost the confidence of those seeking their opportunity in the A-League that a pathway exists.

There’s no doubting Merrick’s appointment, like any coaching appointment, can be seen as a gamble but the response on social media have been overall positive towards the club. Some fans will point to his previous success, while others will argue his approaches and methods are antiquated. Some will say he never delivered at Wellington, while others will say he was limited in budget, travel and player availability due to internationals. But after taking the approach of appointing 3 rookie coaches previously, the Jets have opted to seek experience in terms of both coaching and knowledge of the league. Merrick is a known quantity and likely seen as a safe option who can provide the Jets with the stability they crave to re-build the foundations of the club’s playing style and philosophy.

That then begs the question – what does success look like? While every team’s goal should rightly be to win the league/grand final, a jump to that height may be a step too far for the Jets next year. However, more realistic goals should be:

By achieving these targets, by the nature of winning, the goals scored and conceded “should”, in theory, take care of themselves.

The first we will see of Merrick’s team will be 2 weeks into their pre-season training when they take on Audax Italiano at Hunter Stadium. But until I hope the recruitment can be undertaken at a similar decisive speed at which the club operated in appointing Merrick which gives the long-suffering Jets fans something to cheer about come their first FFA Cup clash. Regardless, it would be great to see the crowd rousing themselves AGAIN and supporting the team in blue, red and gold.

All the best Ernie – you’ve got a massive challenge ahead.

The Jets season is over so in possibly one of the loosest sessions ever recorded, the Jetstream team got together in Bode’s lounge room to review the Jets season. We chatted over Millers sacking, the recruitment, Mark Jones, the players and how the season’s results unfolded. Then we discussed what we need from the new coach, and what players we could look to bring in to improve the squad for season 13.

We want to say a massive thanks to everyone who listened, downloaded and subscribed this season, and we look forward to bringing you even more content for season 13.

END_OF_DOCUMENT_TOKEN_TO_BE_REPLACED

The Jetstream Awards are back for 2017!!

It’s obviously been a disappointing season, however what better time is there to bring back the opportunity for supporters to vote on their favourite players to receive an award and recognise their positive contributions during a difficult campaign?

We have five categories for any and all supporters to vote on:

All players are eligible to be voted on, the only criteria was any player needed a minimum of 5 appearances for the senior team over the course of the season. Voting closes on Thursday 27th April.

We will also be presenting a Player of the season award, however this is calculated by Man Of The Match votes for individual rounds submitted by newcastlefootball.net forum users. The Player of the season will be the player who has accrued the most points over the course of 27 rounds.

We will be having trophies made for all six awards, and subject to confirmation from the Club, we will be presenting these trophies to the players at the final training session of the season in the first week of May.

***Voting has now closed. Please keep an eye on the Jetstream social media channels to check out the trophy presentations to the winning players on the 5th May.

Thanks to everyone who voted!!***