The ladies get together via Zoom to discuss everything to do with the Newcastle Jets and the W-League, including the opening round loss to the Wanderers and the games ahead this season.

END_OF_DOCUMENT_TOKEN_TO_BE_REPLACED 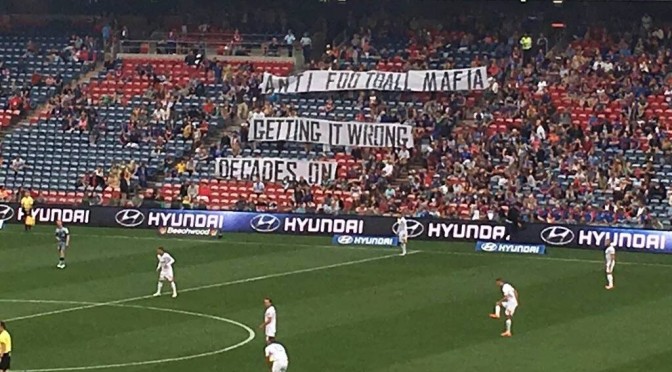 We are now officially launching the email and boycott campaign we recently proposed, and its an initiative that we hope the football fraternity can join with us and get behind. The reasons behind the campaign are listed here  https://www.newcastlefootball.net/home/2015/11/squadron-statement-time-to-hit-them-where-it-hurts/

We ask that you go to this website http://nmfb01.azurewebsites.net/ to fill in a form with your name and email address. This site will automatically email the Daily Telegraph calling for them to sack Rebecca Wilson and issue an apology, email 2GB to call for them to force Alan Jones to issue an on-air retraction and apology, and email 2GB sponsors to either pull their funding or lobby 2GB to force Jones to issue an on-air retraction. Simply select the entities you wish to email, read through the statement and hit send. Its that easy.

Any show or media outlet that hosts Rebecca Wilson and her toxic views also needs to be emailed separately to immediately drop her as a resource. Currently the two other media outlets we know of who have used Rebecca Wilson recently are:
SEN Radio Melbourne – enquiries@sen.com.au
Sky News (Sports Night program) –
http://www.skynews.com.au/connect/your-say.html
Feel free to contact these email addresses to inform them of the current situation regarding Rebecca Wilson and that you will be boycotting them until she is dropped from their business.

We call on ALL A-League clubs to immediately blacklist News Limited publications and websites (Except FoxSports), end any advertising or sponsorship arrangements and refuse to deal with them until such times as they remove Rebecca Wilson from their employ and approach future articles regarding football in a fair, balanced and researched manner.

We also call for a total boycott of News Limited publications from football supporters. Dont buy their papers and dont click their links online. If we can cost them enough advertising money through decreased circulation and website clicks, they will have to change their ways to try to win the customers back they have lost.

Hopefully, with enough people sending these emails and boycotting their businesses, we will be able to force some real change and the Daily Telegraph, 2GB, Rebecca Wilson, Alan Jones and 2GB will remember next time to provide some balance in their reporting on football matters.

We will continue working with other supporters groups to directly lobby the FFA to come out immediately (and in future) to defend football supporters in response to anti-football media articles, for the treatment and engagement of all football supporters to improve and for the FFA to begin meeting with supporters clubs representatives to co-operatively rework the banning system to ensure procedural fairness and transparency.

We would ask that you share this article to as many football media personalities, actual journalists without anti-football agendas and your fellow football supporters as possible to spread the word and get this movement off the ground. 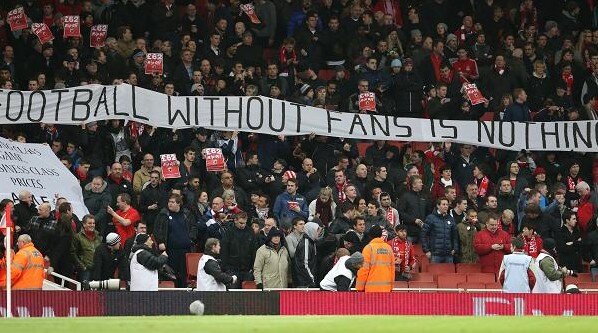 So Rebecca Wilson is at it again, this time with her good mate Alan Jones, who decided it was a good idea to throw some more dirt on the football fraternity. Its been a while since the last muckraking article, so it was time to throw another hand grenade on the barbie. Only this time it seems to have backfired spectacularly.

Firstly, Wilson decided it was a great idea to write an article that was front page on The Sunday Telegraph 22nd Nov edition, with pictures of 140 of 198 football supporters being branded as “louts” and “footballs shame”. While we dont disagree that there are people on that banned list that deserve to be there, the major issue was the outing of people who have never been charged with a crime, have had no avenue (until today apparently) to appeal, and some are even under 18 years of age – which is actually a criminal offence.

Then to rub salt into the wound, Rebecca Wilson (who has been a noted anti-football voice in the media for years) then went onto Alan Jones 2GB program to pump up the article and get her congratulatory slap on the back from Alan who then, incredulously likened the FFA’s handling of “football violence” to (Alan’s right wing assessment of) French authorities dealing with the terrorist attacks in Paris. A reprehensible statement to make, and one that is absolutely offensive to anyone in the football family.  We have been putting up with various instances of offensive media stories over the years from the Anti-Football Mafia (Rebecca Wilson, Channel 7 and the Daily Telegraph and Herald Sun being the main protagonists), and it appears that people have finally had enough.

A number of other supporters groups around the league intend to stage boycotts or walkouts during the A-League round this weekend, but we feel that this course of action is playing directly into the Anti-Football Mafia’s hands and only disadvantages the clubs we love to support. So what we plan to do instead is to call on all football supporters to hit these bastards where it hurts – in the hip pocket.

What we are proposing is to mount a football wide mass email campaign to flood these organisations with feedback from as many football fans across Australia and New Zealand as possible to call for the removal of Rebecca Wilson from the NewsCorp organisation and any media outlet that hosts her, as well as a front page apology from the Daily Telegraph for the wrongful publishing of peoples details and branding all football supporters in the same light as a extremely small minority. You can also tweet or FB message these media outlets and other shows (like Offsiders, Sports Night on Sky News Channel, SEN, etc)

We are also calling for an immediate boycott of all NewsCorp publications both in print and online versions, dont buy their papers, do not give your clicks any of their articles as these generate revenue and website traffic.

Except for FoxSports Football – they’re alright those guys.

We will also be calling for same response for Alan Jones by emailing 2GB and most importantly all of 2GB’s sponsors for them to pull their financial support or lobby the station for Alan to retract his comments and give an on-air apology on his radio show, and that he also be removed from the board of the SCG Trust.

We will be announcing commencement of the email campaign shortly – we are attempting to streamline the process for supporters to eliminate the need to send separate emails to multiple addresses. We will announce when its ready to go. Feel free however to begin tweeting and messaging these outlets via Facebook to get the ball rolling.

While Squadron Novocastria will not be engaging in a silent protest, walk out or boycott, we will make our feelings on the matter known at the home game against Brisbane this Saturday. We join in the disgust we are all feeling that all supporters of our world game have been tarred with the same brush thanks to a few morons who have been rightly dealt with.

The FFA will not get away scot-free from this debacle either, as their banning process leaves much to be desired (despite their protestations to the contrary) and until this whole mess hit the headlines there was no confirmed avenue of appeal for those who had previously been banned. Most supporters have been rightly removed from the game due to criminal or violent activity, there is no dispute that a banning process is required. However what we also have are some supporters who have been wrongly banned who have had no right of appeal, or access to the evidence that was used to ban them.

Representatives from Squadron Novocastria are working behind the scenes with other football groups from across the A-League to actively & directly lobby the FFA to improve and formalise the banning system on behalf of all football supporters and actually make it a transparent process, rather than the secret structure with no publicised guidelines as it exists now.